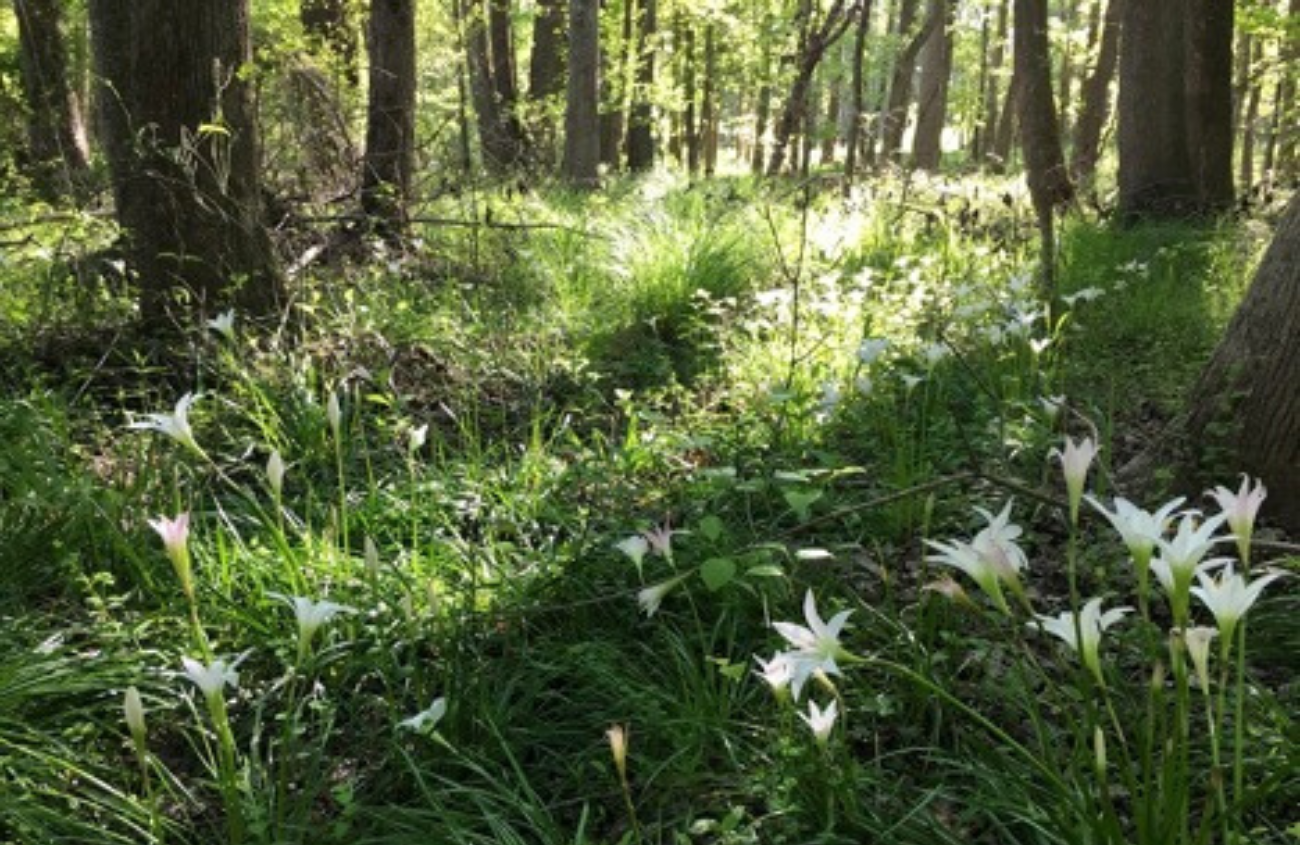 The wetlands, which are a core value of the Brumley Preserve and an important source of Raleigh’s drinking water, also enable some spectacular wildflower displays.  Below is a patch of atamasco lilies.

Several trails in Brumley are bordered by buckeyes, like the ones in full bloom, below.  One particularly long and winding trail is named for them; it’s a bike trail, but it’s through a tall, quiet forest of oaks and tulip trees, and the woods there leave a deep impression on you, especially in a light rain.

On the Walnut Grove trail there is a hillside dominated by seven large oak trees.  Six are white oak (Quercus alba) and one, on the west edge of the group, is a southern red oak (also called Spanish oak, Quercus falcata).  The photo below is of the southern red oak (on the left) and one of its companion white oaks.  The leaves won’t be this beautiful again until they turn auburn in the fall.

These seven oaks had an even larger companion, down the hill from them, but it came down in a storm last year.  It’s still alive!  The massive red clay root ball stands tall beside the trail, but the branches (and poison ivy) on the top side of the fallen giant are putting out new leaves.

If you spend much time at the pond at Brumely South, you will hear frogs and toads.  This spring I’ve heard eight different species there.  Frog and toad sounds are fairly easy to tell apart, and it’s fun hearing the sound and being able to picture in your mind what creature is making it, and how they might look as they do it.  This website has pictures and sound files of NC frogs and toads, so you can learn them:  http://herpsofnc.org/frogs-and-toads/  Pay attention to the range maps – only about eight of them live here in the Hillsborough area.  Many of these you probably hear in your yard at night during the spring and summer.

A coalition of nonprofits dedicated to protecting clean water for Raleigh.